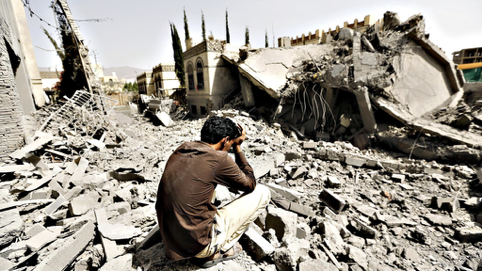 Yemen knows since 2015 one of the most acute wars of this century. The independent monitoring group – Armed Conflict Location and Event Data project (ACLED) has reported since 2016 more than 70,000 people killed. A staggering 24 million people need assistance and protection including 10 million depending on food aid to survive. Geopolitics plays a great part in the progress of this conflict.

The Republic of Yemen is located on the south-west end of the Arabian Peninsula. Rich of 30 million inhabitants, the country is bordered by Saudi Arabia to the North, Oman to the East, the Gulf of Aden to the South and the Red Sea to the West and is right across from the Horn of Africa. More, Yemen counts as part of its territory an archipelago of more than 200 islands, including Socotra the largest island of the Middle East. Although, the country holds a vantage point on the world’s biggest trade routes, it was and still is facing great risks.

Notwithstanding significant economic advances with the start of the commercial exploitation of oil and natural gas in the 1980s[1], Yemen remains one of the most vulnerable country in the world. With only 3% of arable land, the country is heavily dependent on imports and international aid, importing more than 90% of their food[2]. Besides, on the political level, Yemen has spent most of the twentieth century split into two States. The former northern Imamate became in 1962 the Yemen Arab Republic, and the southern’s Britain-annexed Federation of South Arabia established the (Marxist-Leninist) People’s Democratic Republic of Yemen in 1969[3]. The two were later unified in 1990 to form what is now known as the Republic of Yemen.

The schism also manifested religiously: mainly between the northern Shiite majority and the southern Sunnite population. Sunnism relies on the observance of the text of the Quran, the sharia (Islamic law) and more predominantly the sunna (actions and practices observed by the Prophet Muhammad). Upon the death of the Prophet in 632, Sunnis recognised four « rightly guided » caliphs as leaders of Islam[4]. On the other hand, Shiites believe that Ali – the First Imam, is the only rightful successor of Prophet Muhammad[5]. After the assassination of Ali in 661, his sons Hassan and Hussein struggled to establish their legitimacy and were subsequently both killed in 680 and 681[6]. Shia texts instilled and propagated the concept of martyrdom in this branch of Islam[7].

The underlying premises of the War in Yemen.

Consequently, tensions have emerged from this historical chiasmus. The turmoil in Yemen is deeply rooted in the wave of unrest started in spring 2011 in Maghreb[8]. The movement was initiated by students marching down the capital Sana’a demanding for a change in government,  and were swiftly joined by hundreds of thousands people. The population peacefully asked for the demission of then Yemeni President Ali Abdullah Saleh, accused of fostering corruption, nepotism and malfeasance[9]. Meanwhile, the separatist will of northerner Houthis and the spread of Al Qaeda applied more pressure on the government. After a strong and violent repression of the movement, long-time President (33 years) Saleh was forced to resign in February 2012 and left his Vice-President, Abd Rabbu Mansur Haddi in charge of diffusing the unrest and calming Houthis separatists[10] through a National Dialogue Conference (NDC).

Following a two-year process, the NDC came up with a new federal map partitioning the country. Albeit containing progressive measures ensuring equal citizenship, and 30% representation for women at all levels of government[11]. the measures were deemed by the population to have been adopted without regards for the ethnical and regional grievances expressed. This political manoeuvre failed for it was presumed to perpetuate the status quo favouring old elites contrary to the demands of the population[12]. Hence, benefitting from the general outrage, Houthis expanded their territorial domination to finally reach Sana’a in September 2015.

Witnessing President Hadi and many members of his government fleeing to Saudi Arabia to seek support, led to an escalation of the conflict. Given the intensity and seriousness of the violence and the level of organisation shown by the Houthi rebellion demonstrating para-military methods to defeat the belligerent, the conflict rose from an internal conflict to a non-international armed conflict. Despite, several resolutions adopted by the United Nations Security Council threatening sanctions[13] and multiple talks and failed cease-fires, the involvement of a coalition of States led by Saudi Arabia and the United Arab Emirates at the request of exiled President Hadi in March 2015 has further engulfed the country in violence. Whilst aerial bombings targeting Houthi forces indiscriminately touched civilians, militias developed and Houthis forces ascertained their power by assassinating former President Saleh in late 2017.

To many, the war in Yemen would appear as a proxy war between Sunni Saudi Arabia and Shiite Iran. The enmity between these two countries now vividly broadcasted in the media is deeply rooted in the schism in Islam doctrine between Sunnism and Shiism. Both countries have backed their respective opponents was their involvement real or perceived.

For Riyadh had mainly relied on three strategic axis to assert its foreign policies: wealth, the establishment of a global network and muslim education, in the lineage of the Sunna tradition[14]; Saudi Arabia was sure on the very onset of the conflict its support would end the Houthi rebellion within a « two weeks period ». Now four years down the line, the bombings conducted by the Saudi-led coalition are nothing but the extension of years of Middle Eastern conflicts. The role of Iran has, according to many international viewers[15], been overblown by members of the coalition to justify the level of intensity of the retaliation against such a fragile State.

Although the Houthis can be broadly linked to a broad pro-Iran constellation in the Middle East looking at their common Shia-base faith, the basis of their revolution is deeply rooted in the history of Yemen. According to Elisabeth Kendall, Iran may have talked up its role in the conflict to lead Saudi Arabia to embroil in an inextricable situation. Hence pondering Saudi Arabia’s capacity to intervene on other fronts. There is no doubt then, the conflict in Yemen would have carried on without the involvement of Saudi Arabia and Iran. However, the casualties may have been lesser.

Yemen is currently in a dire situation. Though it was prior to the war in an already precarious situation, the conflict has plunged the country and its citizen in the abyss. As per Mark Lowcock, Under-Secretary General for humanitarian affairs and emergency relief coordinator for the UN, should the conflict perdure until 2022 a staggering half a million deaths would ensue[16]. In 2019 alone, more than 250,000 people were displaced by the ongoing conflict (for a total 3,3 million displaced people). Children and civilian infrastructures are increasingly targeted by attacks infringing every international humanitarian laws and principles.  Together with the daily targeting of civilian hospitals, Yemen’s cholera outbreak has exacerbated Yemen’s pre-existing challenges mainly food insecurity and malnutrition.

With more than 15,170 incidents comptabilised between October 2017 and October 2018[17] the internationalisation of the armed conflict with the involvement of the international community has great repercussions. Lately, the question of arms trade has reached the headlines. France, together with the United Kingdom were accused of dealing arms to Saudi-led coalition fighting in Yemen[18].  When France is still in denial of its role in stretchering the conflict, the Uk Court of Appeal ruled on 20th June 2019. The conflict in Yemen mainly was in breach of its international obligations in exporting its arms to Saudi Arabia[19]. 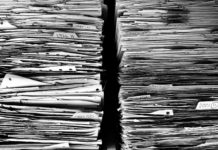 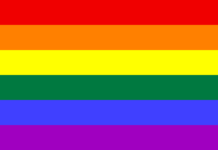 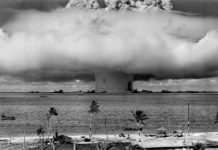 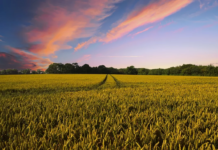 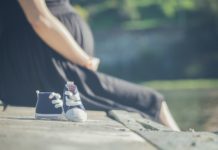