On March 6, 2020 several members of the European Parliament submitted a question to the European Commission on the illegal transportation of tigers across EU Member States. Other questions were also addressed on January 2020 about illegal trade in companion animals. While it seems universally acknowledged that the spread of the covid-19 originates from the use of wild animals, illegal traffics are still occuring. According to some experts, it is therefore obvious and urgent that the protection of wild animals should be effective.

The European environmental Bureau (EEB) estimates that the value of global illegal wildlife trade is between 8 and 20 billion euros annually. Two years ago, in the European Union, a case of illegal animal trade led to the seizure of 80 000 kilos of illicit Bluefin tuna. Europol – the European Union’s law enforcement agency – estimated that 12.5 million euros of illegal profit have been made, by illegally fishing in Maltese waters and trading them in Spain. This case is an example of common wildlife trafficking which unfortunately, still occurs in several parts of the world.

In response to the covid-19 outbreak, in China, the Standing Committee of the National People’s Congress – which is the country’s top legislative body – recently adopted a decision which bans illegal trade of wild animals as well as eliminates the “unhealthy Habit of Indiscriminate Wild Animal Meat Consumption”. According to this decision, what is prohibited is the “hunting, trading, transporting wild animals or consuming the meat”, “eating the meat of terrestrial wild animals of significant ecological, scientific, or social value protected by the State and other terrestrial wild animals” as well as “hunting, trading or transporting for meat terrestrial wild animals that grow and reproduce naturally in the wild”. In spite of what can be seen as an improvement in the Chinese law, some experts pointed out the loopholes of this measure: it only covers wildlife traded for food, and not for medicine, fur or research and it could also foster illegal trade of wild animals.

What about international law?

There is currently a significant body of international agreements addressing wildlife protection. The main international instrument in this respect is the Convention on International Trade in Endangered Species of Wild Fauna and Flora (CITES), which entered into force 45 years ago. This agreement was designed to regulate wildlife trade and to avoid over-exploitation of threatened species. This convention, however, has several limitations. First, it was not meant to deal with wildlife crime. Second, it only applies to some species expressly mentioned in the convention. Yet, it brought about improvements in this field, including awareness, for instance through the first-ever UN World Wildlife Crime Report in 2016 and also allowed action by some industry sectors. However, two main problems remain. There is currently no international legislation on punishing wildlife criminals nor common definition of “wildlife crime”. In the European Union, CITES is implemented through several regulations, which are directly applicable in EU member states. This implementation even goes beyond CITES requirements and EU member states remain competent to punish infractions in this field.

The next steps to address wildlife protection

Two major international events which were supposed to take place in 2020 will probably take place next year given the current situation. First, the congress of the International Union for the Conservation of Nature (IUCN), expected in Marseille, France was the opportunity to update the IUCN Red List of Threatened Species. Second, the United Nations Biodiversity Conference (COP 15), which is the 15th meeting of the conference of parties to the United Nations Convention on Biological Diversity (CBD), initially scheduled to take place in October 2020 in Kunming, China, should serve to establish a global plan to protect and restore the ecosystems essential to the humanity of by 2050. In addition, as part of the European Green Deal, the new European Biodiversity Strategy should be launched by the European Commission in the upcoming weeks. 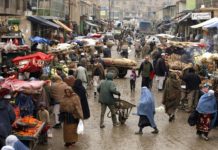 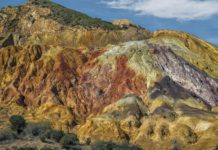 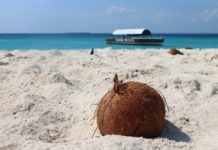 Chagos : An ongoing sovereignty dispute between the UK and Mauritius in the Indian Ocean 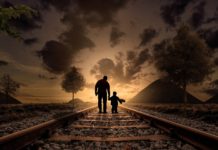